When one door closes… 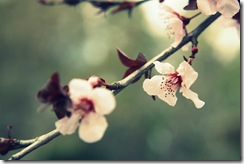 On one hand, I love spring.  After winter’s harsh weather, the warm breezes and the blooming trees and shrubs breathe new life into me.
On the other hand, spring is the season where I wait to hear from the Superintendent’s office as to how many teaching positions my school earns and how many teachers will be moved.  This year is especially tense as the Superintendent has announced that due to budget restraints, positions will be cut.
Moving teachers to different schools suddenly looks like the good old days.
I’ve never seen education have to face the cuts it is currently facing.  And the governor hasn’t quit cutting.  Nor does he seem to have his priorities in order.
The other day, I had to tell a sweet but ineffective teacher that she wouldn’t have a job next year.  I came home and cried.  While there isn’t room in the classroom for ineffectiveness, it breaks my heart to be the one to shut a door.
But when one door closes, another one opens, right?
I’ve got to believe that everything is going to be okay.  I’ve got to hang on to that thought that one bad event can open a door to a new and better opportunity.
I’ve got to believe that every thing does happen for a reason.
Posted by Beth at 5:41 AM 26 comments:

Labels: a little overwhelmed with all the budget woes, we'll survive this budget drought

If I were king of the world, I’d make Tuesday happen a couple of times a week

It is Tuesday, right? The day in the blog world known for randomness, eh?
All is well in our world. Thanks for all the comments and emails. We are slowly getting back to normal. Well, normal as defined by us. 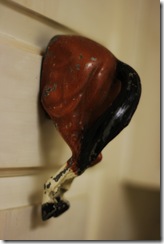 I’ve been thinking about ordering a few of these awesome bottle openers. If they were painted gold, they could make some awesome awards for some real winners out there.

Labels: doing my part to create revenue for my town, glow in the dark legs is the new black, maybe i need therapy for my lead foot, the golden horses' arse award

It is never good news when the phone rings in the wee hours of the morning piercing the subconscious, wringing the soul in preparation for the changes to follow.
“I’ve got bad news.”
My husband’s mother has been failing in health over the past years.  A little over a year ago, we moved her into a full-care, assisted living arrangement.  From there, the decline has been like a free-fall.
Each visit, each phone call brought us closer and closer to the inevitable.
“At least, in the end, she knew who we were.”
Memory is a funny thing.  When it fails you, it can keep you in a grand, make-believe world where life is happy and good.  Her reality may have been a fantasy, but at least in her mind, she was happy and content.
“If she’d known she was in the state she was in, she’d have wanted to pass years ago.”
Over the years, I prayed for her comfort and I prayed for her to pass quietly in her sleep.  For several years, she had let go of her role as a mother.  A child-like replica stood in her place.
We will miss you, Mom.  We already have.
Posted by Beth at 8:15 AM 44 comments: 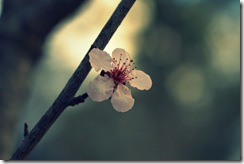 Last weekend was an amazing weekend. Running (mostly) the half marathon is something that has changed me (sorry to sound superficial). A year ago, I couldn’t run for two three five minutes. When I signed up to the Disney Princess Half Marathon, I didn’t realize how much work and commitment I’d have to put into making that goal a reality.

Plus, I got to meet some amazing people. I’m already planning to sign up for next year’s run.

The morning of the race, I got out of bed before the alarm went rang out. I hadn’t slept much and my stomach was in knots.

Nerves? Why now? I wasn’t aiming to compete against any hard core athletes. I just wanted to finish the 13.1 miles in a somewhat decent time.

I tried to eat breakfast but it just wouldn’t go down. So, I got dressed and went on down to the lobby to meet Krystyn and get on the bus to the line up. It took 20 minutes to find my friend, Page (which is a real miracle as we had no cell phones and it was crowded).

It was COLD. The number of people were incomprehensible. There were thousands and thousands of women there. Thousands willing to get up at two something to go stand in the cold so they could run 13.1 miles.

My muscles began to tense and ache while standing in the cold. Still, the excitement warmed my heart. Finally, the last corral was walked to the start line and we were off… running and cheering each other on.

All in all, things went well during the run. Except that my back and side began hurting. And I started getting winded.

“Obviously, I need to focus on more hills in my training,” I thought. Little did I know.

The entertainment was top-notch and inspired me to keep plugging along though I think someone was out to do us in with those awful gel packets because you can’t spit that crap out!

I was never so excited to see a finish line in my life!

My husband and I spent the day with Page and her husband in Epcot. You could say we ate and drank our way around the world.

By the end of the night, I was hacking and barking the most awful cough. In a fevered haze, I knew I was going down with a real kicker.

Three doctor visits and 9 medicines later, I am happy to announce I’M ALIVE (even if I still have a little bit of a barky cough)!

In a few more days, I’ll be ready to lace up those running shoes, again. For so long, I’ve been trying to feel like a runner. I think I’m almost there.

Faking a snake bite and other bad ideas 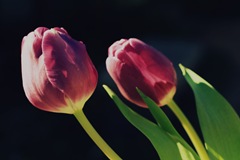 I work in an elementary school. It is what I do for giggles and craps. And there are many, many lessons to be learned each day.

For the record, they didn’t teach any of this when I was in college.

I’m thinking about joining the circus

Possibly I’d have a bit more time for myself.  Besides, I seem to already spend a lot of time with clowns.

We (and by we, I mean me) finally finished filling out all the FAFSA and financial aid paperwork and now I’m a little discouraged.  If all of these *smart* people at these big universities need me to repeat myself and fax copies of information they already have on file, why should I trust them to educate my child?

My first half marathon is in 5 days!  I’m so excited I could pee myself!  Here is a picture of the design that is being painted on my t-shirt. 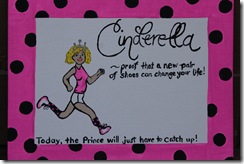 It says, “Cinderella ~ proof that a new pair of shoes can change your life!”  I’m not often a pink girl but I found these fabulous black knee socks with pink polka-dots…  And I had to get them!

My parents are going to Disney for my half marathon and for some reason, that just cracks me up.  When I was on the basketball team in 8th grade, my mother didn’t go to any of the games.  Though she would have seen that I had mad bench warming skills.

I am attempting to take a picture every day for 365 days.  So far, there are too many that are a half-a$$ed attempts so good.  You can see my progress here.

I can’t wait to get to school today so I can hear about the kid with the snake bite.  He was bitten on Sunday but didn’t tell his parents.  Once he got to school, he stopped by the office to have the school nurse take a look.  She freaked calmly called his parents to take him to the doctor ASAP!  More on that developing story later.