Several months ago, my mother called me.

Mom: “I’ve ordered something for you and Mr. Strong.  You are going to LOVE it.”

Mom: “It’s a magic bullet.”  OMG!  Why would she do this?  We barely even talked about the birds and the bees when I was growing up… It was more comfortable to ask my friend’s mother to help me buy the monthly necessities.

Mom: “Because I knew you’d love it.  And it has all kinds of attachments.”  Holy carp!  I can’t stand the visual of my puritanical mother shopping in one of *those* stores…and attachments?!  What the heck?

Me: “I’m not sure we need one.”  Really, I can’t accept a gift like this from my MOTHER.

Mom: “Your step-dad loves when I get this out because he knows he is getting a treat.”  Agh!  Lalalalalalalalala…

A couple of days later, the mailman brought my new surprise. 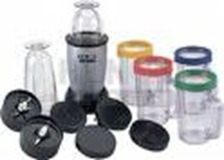 For some strange reason, I blush every time I make a smoothie.

And then he played a harmonica 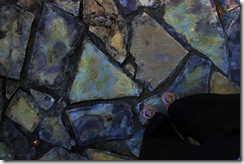 Funny how a funeral can make you think of your own mortality. Though I was a little jealous of the guy in the casket because he got the only warm spot at this graveside funeral. And he didn’t have to smile and nod as the preacher played a little number on the harmonica.

There are a few things I’d like to happen when I die.  First, I’d like for someone to just throw away everything in my underwear drawer.  There is nothing in there that needs to be saved.  In my dreams, my funeral would involve a huge toilet bowl so that I could be flushed to that great river in the sky.  All the fish I’ve flushed over the years have made that journey look like a day at the park.  The water park, to be exact.

Since I don’t trust my children to find the right toilet (and it would be embarrassing if my hips got stuck on that final bend before heading out to sea), I’m probably just going to have to settle for a lively cremation.  That way, I won’t have to worry about what clothes the family picks out for me after my demise.  This is a good thing since the vast majority of my family looks like rejects from the lost files of “What Not to Wear.”

Then, at the ceremony, someone could play a little jingle on the harmonica right before the big flush.

I’m not planning on pushing up daisies any time soon. And I’m not trying to make fun of death (or maybe I am… but not in a rude way… but in that way that says, “I’m not afraid of you, Grim Reaper!”… except I really am a little afraid of him because not being able to see his face creeps me out).  I am merely writing down some of the random thoughts that played through my sick twisted mind at the funeral for an older gentleman earlier today.  Seriously, I hope that when I do die (a LONG time from now is my plan) that people will take the time to remember the good times and to laugh.  That would be the biggest honor. 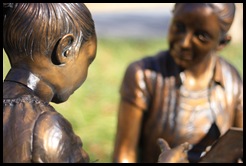 Before I screwed up and moved into administration, I used to teach middle school children with behavior disorders. This experience gave me a lot of tools to use when dealing with adults. Regardless of the oxymoron (because aren’t all middle schoolers behavior disordered to a certain degree?), there were some great stories that came from those years in the classroom.

Charlie (not his real name, dooh!) was a beautiful boy with blond hair and blue eyes and the mouth of a sailor. His mouth got him in trouble, outside my classroom, on a regular basis though, truly, I agreed with most of what he had to say. There were many failed attempts to teach him to other ways to express his ideas. He just needed to cuss.

In a moment of desperation, I asked him to write his feelings down in a notebook when feeling his rage was working up to a blaspheme-fest, then tear up the page because if he still had evidence of potty mouth, there were still too many teachers ready to take him out back and shoot him.

One day, as I was conferencing with a parent about their child’s progress, Charlie came charging into the classroom slamming the door into it’s frame. The parents had a look of fear on their face. I tried to ignore Charlie and carry on with the meeting.

Charlie ran to his desk and grabbed his *special* notebook. I tried not to smile and continued talking with the parents. Their furtive glances over their shoulder at the mad boy frantically scribbling in his notebook made it even harder for me not to laugh. I redirected the parents back to their son and our concerns.

Suddenly, Charlie ripped out several pages from his notebook and began shredding them over the trash can, then ran right back out of the room.

I finished the conference with a huge smile on my face.

I never knew what made him so mad (and I really didn’t care as it was usually something minor). At least on that day, Charlie was a success.

Labels: I probably need a special notebook, too

Stories that can’t be told

Calls to my husband,“Just cheer me up.  I can’t talk about what is going on today.”

I wish I could take them home.

Things overheard so far this week that have made me smile…
“You always help a lady up off the ground.” Said by a first grader after a student ran into a teacher and knocked her down.
“There are better ways to communicate.  The growling will stop.”  Said by a teacher when two first graders both wanted the last swing available.
“Really, boogers probably aren’t protein.  I don’t care what your mother told you.” Said by a 3rd grader after a fellow student grossed out his table in the lunchroom.
“Come on!  Ms. Teacher just told us to sit on the ass fart.”  Said by a Kindergartener when they were getting ready for an activity outside and had to sit on the asphalt drive.
Posted by Beth at 8:23 PM 42 comments: